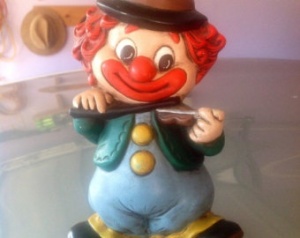 I was surrounded by clowns. They were sick of being second class citizens and entertaining your children. I’d been following them as a journalist.

For a few weeks I resisted. I’d scratch the days into the wall. I’d read the ingredients lists on the sugar packets they’d slip in with the coffee in the morning over and over to myself.

But resistance was futile. After a month I tried a bit of the face paint. A week later I learned to juggle.

I’m not sure anyone knows I’m here.

1 thought on “Captured By Clowns”