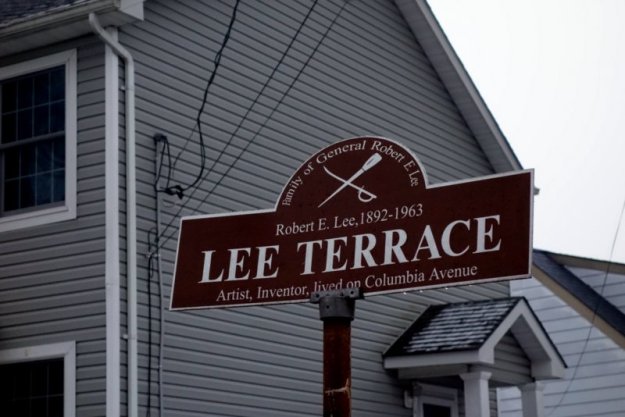 A member of the local bourgeoisie in the neighboring town of Kenilworth, NJ has taken it upon himself to rename his street after none other than Robert E. Lee. I have no idea if the commander of the Army of Northern Virginia (who died in 1870) had any grandsons or great nephews named “Robert.”

If he did, it would be odd if that grandson or great nephew ended up in Kenilworth, an insignificant little town originally built around the Rahway Valley Railroad. On the other hand, stranger things have happened. Even though Kenilworth is well above the Mason Dixon Line, it’s got what you might call a “Confederate” history. In the 1920s it was a headquarters of the Ku Klux Klan. Is it possible that a member of the Lee family decided to move to North Jersey in the 1920s or 1930s and found a Klan town more welcoming than say, Perth Amboy, which was a center of anti-Klan activity?

When Upsala College relocated from Kenilworth to East Orange in 1924, the Klan set up a headquarters there during the heyday of its national membership. In July the Klan’s presence was a fact. The Chronicle noted, “According to Chief Vardalis the College property is now being used by Klansmen for their meetings. He stated that more than 500 were present on the grounds recently and that he had been asked to keep curiosity seekers away from the grounds.” The Krusaders, a Klan auxiliary group for white males who were naturalized citizens, also met there.

3 thoughts on “Reading the Landscape: 14”