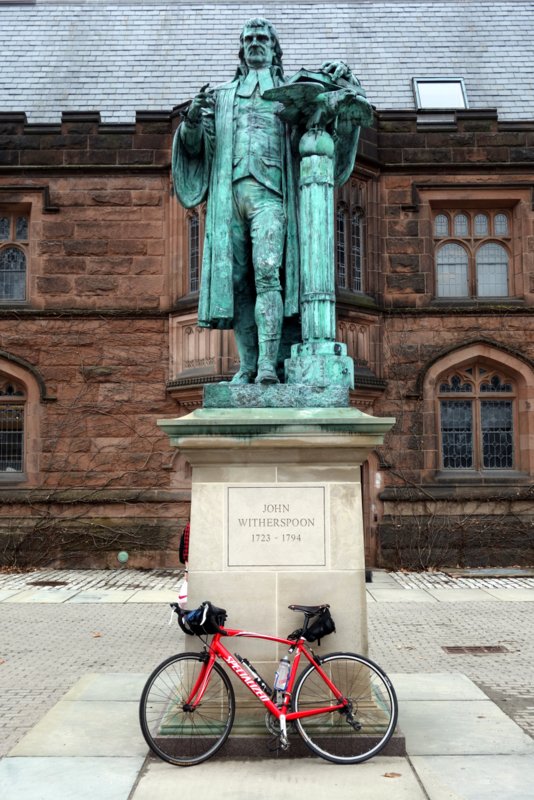 John (no relation to Reese) Witherspoon, an important figure of the Scottish Enlightenment, a signatory of the Declaration of Independence, and the sixth President of Princeton University — his students included not only James Madison, but 37 judges (three of whom became justices of the U.S. Supreme Court), 10 Cabinet officers; 12 members of the Continental Congress, 28 U.S. senators, and 49 United States congressmen — stands guard over my bike.