So game of thrones sets up a narrative where a teenage girl becomes the female Luke Skywalker and saves the world from the dead. The handsome prince Jon Snow is ready to “bend the knee” to the dragon queen and live out the rest of the his life as a stay at home dad. Even Sir Jorah, Lord of the Friendzone gets to die for the woman he loves. 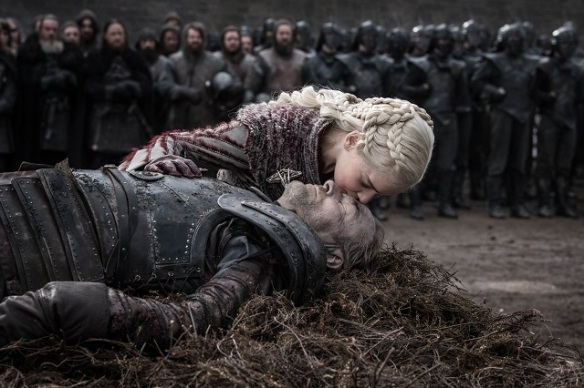 And then what happens, the writers pull the rug out from under their loyal fans and trash a character they let an immensely talented actress (and it’s not easy to strike just the right note of glamour and silliness Emilia Clarke does riding around on CGI dragons) spend most of her 20s developing.

Do you think classic Hollywood (which was actually progressive) would have built a plot twist into the Adventures of Robin Hood that turned Errol Flynn into a rapist and murderer? I suppose it’s a lesson. David Benioff, the shows lead writer, is the son of a former CEO of Goldman Sachs. He’s a member of the corporate aristocracy. Don’t depend on these people for your entertainment. Make it yourself. The corporate elite is never, ever going to let you have a happy ending.

2 thoughts on “When it comes to Game of Thrones, I’m on the Side of the Feminists”