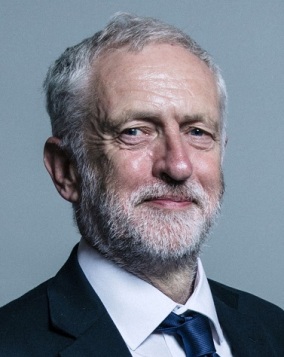 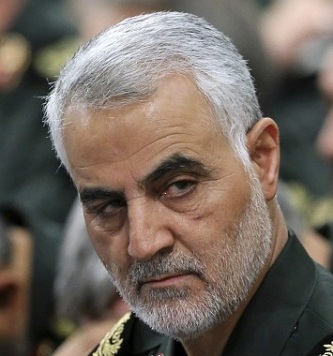 For Zionists and neoconservatives, it’s been a miraculous few weeks. No sooner did the corporate media assassinate the political career of Jeremy Corbyn, probably the only chance in my lifetime that we’ll ever see an anti-imperialist head of state in a major western power, then Donald Trump literally assassinates Qassem Soleimani, the most formidable opponent of the American, Israeli, Saudi axis of power in the Middle East. Suddenly Trump, who’s under impeachment, and Benjamin Netanyahu, who’s under indictment, can breath a sigh of relief. After a brief pause, the American empire is once again on the offensive.

The New York Times tells me that “Iran’s supreme leader, Ayatollah Ali Khamenei” has “promised retaliation against those who killed Maj. Gen. Qassim Suleimani in Baghdad.” I suppose the Iranians do have a few options. They can attempt to create an oil shock and a recession in the United States by blocking the Straights of Hormuz. There’s been some speculation among online military experts, and take them for what they’re worth, that Iran has the capability of sinking a Nimitz Class super carrier. The Iranian government can sponsor terrorist attacks in the United States, something I’m sure the American ruling class would welcome as an opportunity to revive the flagging “war on terror.” Nothing says “the reelection of Donald Trump” like bringing back Orange Alerts. The Iranians can continue to counter punch against America’s low-intensity dirty war in Syria, Iraq, and Yemen.

If I had to guess, I’d bet that Khamenei bides his time. Surely part of the reason the United States assassinated Qassem Soleimani was to provoke Iran into an all out war, one Iran would surely lose. Then there’s the old cliche about how “Iranian hardliners benefit from increased tensions with the west.” I’m no expert on Iran. I’m not even a well-informed amateur. I couldn’t name you 5 people in the Iranian government. Until yesterday, I had barely even heard of General Qassim Suleimani, but I doubt that the “rally around the flag” principle works much different in Iran than it does in the United States. Over the past few months there have been large scale protests in Iran, many of which have expressed a growing discontent over militarism and economic inequality. With Iran under renewed attack by the United States, pro-government counter protesters will almost surely gain the upper hand.

As far as the English speaking world goes, the British people have made their intentions clear, imperial nostalgia and withdrawal from the European Union. The United Kingdom  has one operational super carrier and is building a second, both of which will almost certainly be available to contribute to any future “no fly zone” over Iraq, Syria and Iran.  In the United States, short of an all out invasion of Iran, and probably even in the event of an all out invasion of Iran, most Americans will either “rally around the flag” or simply ignore what their government is doing in the Middle East. After all, “talking about politics is rude.” Indeed, the gigantic anti-war protests of 2002 and 2003 seem like a thing of the very distant past. I haven’t ready any studies about why the anti-war movement in the United States simply disappeared — most people on the left simply blame it on Obama — but perhaps it would be better to approach the question from another angle. Antiwar protests in an imperialist country like the United States are the exception, not the rule. It’s trivial for the corporate media to convince Americans to hate whoever their ruling class wants them to hate. The anti-war protests of 2002 and 2003 came out of a perfect storm, the disputed Presidential election of 2000, the coming to maturity of a generation of organizers who cut their teeth at the WTO in Seattle, the backash to George W. Bush’s gas lighting of the American people after 9/11 to push for the invasion of Iraq. We’re not likely to large scale protests like that again.

So I don’t expect my fellow Americans to protest their government. I would, however, like to see my fellow leftists and liberals just shut the fuck up about how much Trump’s bellicose policy in the Middle East scares them. Americans are unlikely to face much violence as a result of the assassination of Qassim Suleimani. We don’t have a draft and we’re unlikely to get one. The death toll from any terrorist attacks the Iranians could stage in the United States is likely to be insignificant compared to the death toll we experience every month from American gun nuts going on mass shootings. The people who are going to suffer live in Iran, Iraq, Syria, and above all in Yemen, not New Jersey or California. So stop being narcissistic little crybabies and think about the real victims for a change. And if you support what Trump’s doing, if you’re the type of person who plans to put a bumper sticker on your car saying something like “Freedom isn’t Free” or “Nuke Mecca,” well I guess there’s not much I can do about it. So have fun. I’m sure your fearless leader will do more than enough to satisfy your blood lust in the coming few months.

12 thoughts on “A Tale of Two Assassinations”