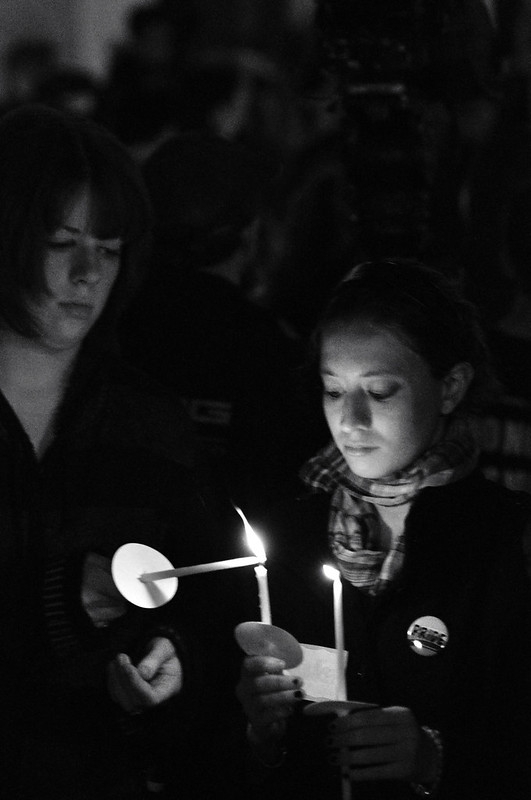 As much as I’d like to be wrong, I fear that at this time tomorrow morning, Joe Biden will have inflicted a crushing defeat on Bernie Sanders, effectively ending his campaign. The fault will be mainly do to people my age, privileged old white men and women who voted for the vain, selfish Elizabeth Warren, working-class black men and women willing to sell out their grandchildren in the hope they can relive the Obama years through his senile, racist, old Vice President. Medicare for all is dead. This Fall, whether under Donald Trump or Joe Biden, Wall Street and the military industrial complex will remain firmly in control of the United States Government. Julian Assange and Chelsea Manning will remain in prison. The surveillance state will be vastly expanded. The Internet will be censored. Any attempt to protest at the Democratic National Convention this Summer in Milwaukee will be met with savage repression, an army of militarized police, arrests and trumped up charges, and a well-coordinated campaign of propaganda in the corporate media blaming progressive activists for the further spread of the Coronavirus.

I first became aware of Bernie Sanders in 1982 when I was a teenager at my cousin’s wedding at the First Unitarian Universalist Society in downtown Burlington, Vermont. Burlington was a wonderful place back in 1982, even though my aunt and uncle hated it. We drove up Route 87 to Plattsburgh New York and took the ferry across Lake Champlain, and I spent the entire time looking out across the water, trying to imagine the decisive victory the United States Navy won against the British at the end of the War of 1812. Everything, the mountains, the whitewashed Protestant Church, the spare, attractive little city felt to me, a Polish American from New Jersey, like the authentic, WASP America I had read about in the history books. But there was a twist. The newly elected Mayor of Burlington Vermont was a Jewish socialist from Brooklyn with a New Yawk accent so thick he made me sound like Ronald Coleman.

If you had told me in 1982 that Bernie Sanders would have had any chance of being elected President of the United States I wouldn’t have believed you. Even though I was already a leftist who had read the Communist Manifesto on the advice of a high-school history teacher, an ex-Black Panther who had participated in the Newark Uprising of 1967, both the Democrats and the Republicans, as well as the country as a whole, seemed, like today, to be moving precipitously to the right. It might have been even worse in 1982 than it is now. Mostly it was a horrible time to be a teenage boy. My generation, people born between 1960 and 1968, people a little too young to be Boomers and a little too old to be Gen Xers, were hit with the full force of a campaign of ruling class propaganda which had as its goal not only to destroy the counterculture of the 1960s, but to let the Boomers rationalize to themselves that “selling out” was a good thing. On college campuses, fraternities were cool again. Antiwar protests were considered slightly ridiculous. In popular culture, sexism and homophobia were the norm. In fact, it was so homophobic in the 1980s that Reagan officials would tell AIDS jokes at press conferences.

In the 1980s and 1990s I went to protests. I voted for Jesse Jackson in the Democratic Primary in 1988. I considered myself a “male feminist.” Of course, like all good “male feminists” I was deeply misogynistic, the performative “virtue signaling” a good example of Shakespeare’s famous quote that “methinks the lady dost protest too much.” More importantly I was trying to be cool since I knew that being pro LGBT and feminist would eventually became the mainstream. At one point I even tried to read Judith Butler before I eventually realized that her books were unreadable, a Rorschach Test that let you read into her convoluted prose whatever meaning you wanted. Nevertheless, what eventually became mainstream cultural liberalism in the millennial generation was already the norm among the coolest, most culturally enlightened Gen Xers. In fact it was Kurt Cobain, not an academic feminist, who came up with the oft quoted line “don’t teach women how to defend themselves against rape. Teach men not to rape.” While I had despaired that the left would succeed politically, I was confident that the reactionary, sexist, homophobic culture of the 1980s would inevitably give way to something better.

While I had marched in all of the dreary, top-down anti-war protests against George W. Bush in the early 2000s, something about it all seemed a little useless. Bush didn’t care that we were staging big, permitted rallies on the Capitol Mall. The media just ignored them anyway. But when the Millennial generation started to make its voice heard after Occupy Wall Street, it was obvious that a fresh, new generation had started to transform the political scene. For all the complaints about the endless general assemblies at Zuccotti Park and the convoluted process of the “progressive stack,” it felt less like a problem and more like growing pains, the difficult process of learning the language of democracy, a way of speaking that had been common in the 1960s but which had been lost in the Reagan reaction of the 1980s. While Occupy Wall Street had been obliterated by militarized police and sent down the memory hole by the corporate media, and Black Lives Matter fizzled out after its core organizers in Ferguson, Missouri were quietly assassinated by police death squads, and its message coopted by neoliberal grifters from Teach for America, the millennial generation’s move to the left seemed unstoppable. Finally, in 2016, a self proclaimed “democratic socialist” came within a hair’s breadth of wrestling control of the Democratic Party away from the Clinton crime family.

That self-proclaimed democratic socialist was of course Bernie Sanders, that rough, working-class Jewish socialist from Brooklyn who had become the Mayor of Burlington all the way back in 1981. What’s more, even though he lost the nomination in 2016, the millennial left quickly consolidated behind his economic populism and and laser like focus on the issue of Medicare for all. Michael Harrington, the founder of Democratic Socialists of America, and an advocate of rebuilding the New Deal though the Democratic Party, not only seemed like a prophet, the young people flooding into DSA and into the Sanders campaign seemed to have improved on his original message. Harrington had been a stodgy old Irish Catholic who came up through the Trotskyist movement. His heirs were the same cultural radicals who had overthrown the reactionary sexism and homophobia of my generation, and opened up the socialist left to gays, lesbians, feminists, transmen and women, who had dragged the sexual revolution of the 1960s out of its long hibernation and back into streets, and onto social media.

Alas it was not to be. In a stunning act of betrayal, my generation, privileged Boomers and Gen Xers with paid off houses in the suburbs and lofts in Tribeca, health insurance, tenure, and well cultivated stock portfolios, stabbed the millennials in the back. Even worse, the cultural elite in their 40s and 50s, the same reactionary sexists and homophobes who had voted for Reagan and both Bushes, weaponized the best instincts of the millennial generation against the millennial generation. First came the entirely fabricated smear of the “Bernie Bro,” the idea that the progressive movement behind Sanders was made up entirely of “privileged” white men in their 20s who rampaged across social media attacking feminists and women of color. In other words, the same Boomer and Gen X elite that cheered on George W. Bush dancing on the Ellen show now decided that the cultural enemy was some random 22-year-old who had decided that maybe we all had a right to health care and was perhaps a bit impatient with people who didn’t. Then came the smears from the Democratic establishment about Sanders’s “problems with black people,” as if the man who endorsed Jesse Jackson and the Rainbow Coalition was somehow more of a racist than the man who palled around with Jim Crow Segregationists in the 1970s and humiliated Anita Hill on national TV in the 1990s.

For the past 4 years, Bernie Sanders has been unable to counterattack against the ruling class’s largely successful campaign to brand him as a racist and sexist. The reasons aren’t difficult to figure out. Even though Sanders is 78 years old, too old even to be a Boomer, he embodies the values of the youth movement that has brought him so close, and yet so far from real power. He sincerely believes in economic populism, cultural radicalism and anti-racism. Sanders was a millennial before millennials existed. Like the young people who have raised a record amount of money for his campaign, who flood his massive rallies, he’s too good, too sincere to understand the bad faith nature of the elite attacks against his movement. Call a conservative Republican a racist or sexist and he’ll laugh in your face. Call a cynical Gen X leftist like me a racist or sexist and while he may feel a little guilty about it, he’ll eventually figure out that you’re scamming him. But call a genuine idealist like Bernie Sanders a racist or sexist and he’ll immediately assume that you’re right, that he’s actually hurt or offended someone less privileged them himself and apologize. In other words, the young people who have rallied behind Sanders, like Sanders himself, sincerely wanted to “do better,” to “check their privilege” and make their movement as inclusive as possible, but in the end all it did was fatten them up for the slaughter.

My generation has committed the gravest sin possible. We have weaponized idealism against idealism, sincerity against sincerity. We all deserve to die of the Coronavirus. Perhaps we will.

4 thoughts on “An Apology to the Millennial Generation”