Will there be a new “bike boom?” 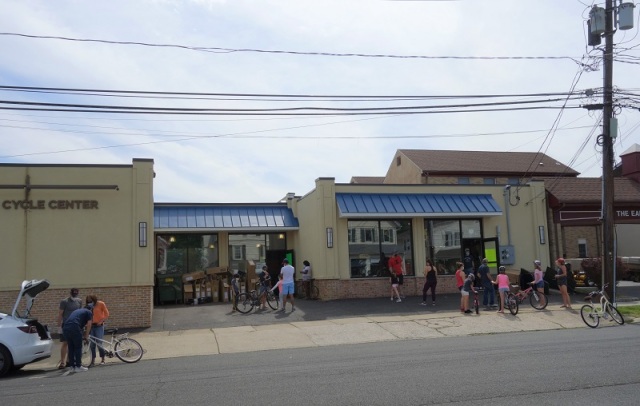 Just about the only place I’m seeing long lines in my little corner of the suburban NYC hot zone is my local bike store. It’s easy to see why. All of the gyms are closed, and will be for the foreseeable future, so people are digging up all those old bikes from their basements and getting them repaired.

In Washington DC, there was a young Post staff reporter called Carl Bernstein – later to become half of the Pulitzer Prize-winning pair – known as the “office hippie” and a “long-haired freak who rode a bicycle …”

“Many cyclists harbour fierce antipathy for what they regard as an automobile culture that is choking the nation with fumes, speed, noise and concrete,” he wrote in the Post in 1970. He went on to describe a “growing group of cyclists who regard pedalling as an almost political act and inevitably flash the two-finger peace symbol upon encountering another person on a bike”.

There were also plans in the 1970s to build a cycling infrastructure in the United States that would have rivaled that of Germany or the Netherlands, but sadly it never got off the ground. Like many good ideas that came out of the 1970s energy crisis, the bike boom turned out to be a fad. Perhaps it’s possible now, but I suspect people will go back to the gyms as soon as it gets cold (if they’re open).

← A Public Call For the Immediate Resignation and Prosecution of All Senators Who Knew About COVID-19 And Gaslit the Public
Hollywoo Babylon: Bojack Horseman and the End of TV’s Golden Age →