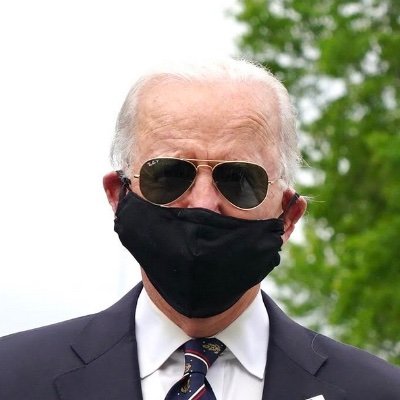 Why? Here are ten good reasons.

1.) There are currently no credible third party candidates on the ballot. Howie Hawkins and the Greens are what the Greens have been for the last 30 years, a “political party” that does no organizing, never shows up at protests, and makes no attempt to expand their base beyond a tiny inner circle.

2.) I don’t want to be able to say in 20 years that I never voted against Trump. Yes, I voted third party in 2016, but a third party vote is more of a vote against both mainstream parties. It indicates you have no real preference. I want to unambiguously vote against the 6’3″ Cheetoh currently occupying the White House.

3.) There are far too many leftists and pseudo leftists who have fallen for the idea of Trump as anti-war or “anti-deep state” or “anti-imperialist.” He’s not. He’s a right wing Zionist and neoconservative who has taken millions of dollars from the Israel Lobby, a radical Islamophobe who wants to limit immigration to people who look like me (ugly white people). He’s made several attempts to overthrow the democratically elected government of Venezuela. He’s continued to aid the Saudis in their genocidal war in Yemen. He supported the coup in Bolivia. He covered up for the murder of Jamal Khashoggi. In terms of foreign policy Trump is basically Dick Cheney, if Dick Cheney spent too much time on Twitter. I want to be able to point to the Trump adjacent left and say “I’m not one of those.”

4.) Trump has the unconditional support of the Christian Fundamentalist right. Biden at the very least supports the separation of church and state written into the Constitution by Jefferson and consolidated by none other than Ulysses Grant.

5.) Biden is in his late 70s and is unlikely to spend very much time in office. Whoever he picks as his Vice President is who I’ll really be voting for and he’s already promised to pick a black woman. Good. When Kamala Harris or Stacy Abrams continues the sanctions on Venezuela and Iran and starts bombing Yemen or Syria I’ll finally be able to tell feminists and black nationalists to shut the fuck up. Professional managerial class women in New York and Boston will finally stop talking about Putin and go back to pretending that they’ve actually read Anna Karenina. American liberals will go back to forgetting Russia exists.

6.)  If Trump is reelected he will unleash a massive wave of repression against Black Lives Matter and pretty much anybody who’s ever gone to a protest (including me). You seriously don’t want to know how bad it would get during a Trump second term.

7.) I live in Union County New Jersey, and overwhelmingly Democratic place the Republicans have no chance of winning and where they make no attempt to suppress the vote. That means voting usually takes me all of 10 minutes.The only thing it will cost me in terms of personal commitment is that I’ll jerk off three times on election day instead of four. Hey, a man’s got to make sacrifices.

8.) I’m old, ugly, bald and my dick fell off ten years ago. But I was barely out of Kindergarten when Biden went into the Senate. He’ll make me feel young again. True, Bernie would have too, but that dream is gone. Every day Biden will remind me of the senile old fuck I’m going to be in 30 years, if the Covid doesn’t get me first. During the Tom Cotton Presidency in 2025, watching liberals rehabilitate Trump the way they rehabilitated Reagan and George W. Bush in 2017 and 2018 will give me a delicious sense of moral superiority, the kind of thing, just about the only thing I really live for.

9.) Bernie, Angela Davis, Noam Chomsky and just about every professional leftist I’ve ever gone to see give a speech at Cooper Union has endorsed, or at least semi-endorsed Biden. All these people are smart. I’m a dumb fuck loser incel who’s never had a real job. Surely they know something I don’t. Yeah, they’re all public figures who have to protect their reputations in establishment liberal circles (even though they’ve all got more money than I’ll ever have and don’t really have to protect their reputation in establishment liberal circles), but fuck it. Once when I was a stupid 19-year-old I asked Noam Chomsky a dumb question during a lecture tour (I quoted Pat Buchanan on the Israel Palestine conflict) and he made me look stupid. The very least thing I can do to thank him is to vote for the man he sort of kind of maybe says I should vote for if I lived in a swing state.

10.) Part of the reason I voted for Obama in 2008 is that I thought he’d be less likely to start a dumb conflict with Russia than a bloodthirsty neocon like McCain. Yeah he overthrew Qaddafi in Libya and armed Al Qaeda (who exactly do you think the White Helmets are) in Syria, but at least he negotiated a peace treaty with Iran and tried to open up diplomatic relations with Cuba. Donald Trump is jingoistic, neoconservative racist who blames China for Covid-19 and just might try to start a war (with a country that has nukes, a billion people, and an oversupply of 18-30 year old men). Biden probably won’t.

4 thoughts on “Joe Biden for President”