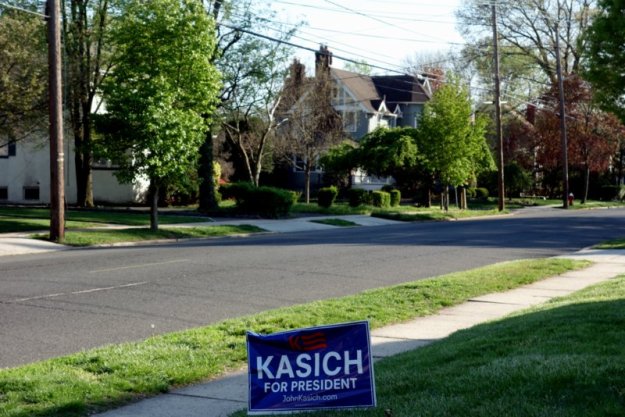 All through the interminable Presidential election of 2015 and 2016 I have ridden my bike through Union County, New Jersey. I have seen the Democratic strongholds of Elizabeth, Linden, Union, Rahway, Hillside and Roselle. I have climbed the Watchung Mountains into Republican Summit, New Providence and Berkeley Heights. I have explored Clark, Kenilworth, Plainfield, Scotch Plains, and Roselle Park. Yet only today, and only in my backyard, have I found the Holy Grail, an actual supporter of John Kasich. Since people who live on Orange Avenue in Cranford, New Jersey don’t usually work  in the corporate media — where up until now the only supporters of John Kasich and Marco Rubio have ever been sighted — I have every reason to believe that it is authentic. There may be only one, but there is at least one.